After a drone temporarily halted play in Saturday's win at Brentford, historian Clive Corbett takes a look through the history books at other times when flying objects have had an impact on football.

Wolves and Brentford endured a highly unusual disruption to their Premier League fixture on Saturday 22nd January, in the shape of a drone flying over the stadium that held up play for some 20 minutes.

But this bizarre incident had nothing on the 1930 FA Cup final at Wembley where Arsenal beat Huddersfield Town 2-0. Famously, a German passenger airship, the Graf Zeppelin, drifted over the 92,000 Wembley crowd.

The noise of the 236 metre long, hydrogen-filled craft stunned those present as it seemed to come very close to skimming the tops of the stands, but the game went on uninterrupted.

The Zeppelin dipped its nose to acknowledge King George V, who was in the crowd, before continuing its journey down the Thames to Dover and back across the English Channel. 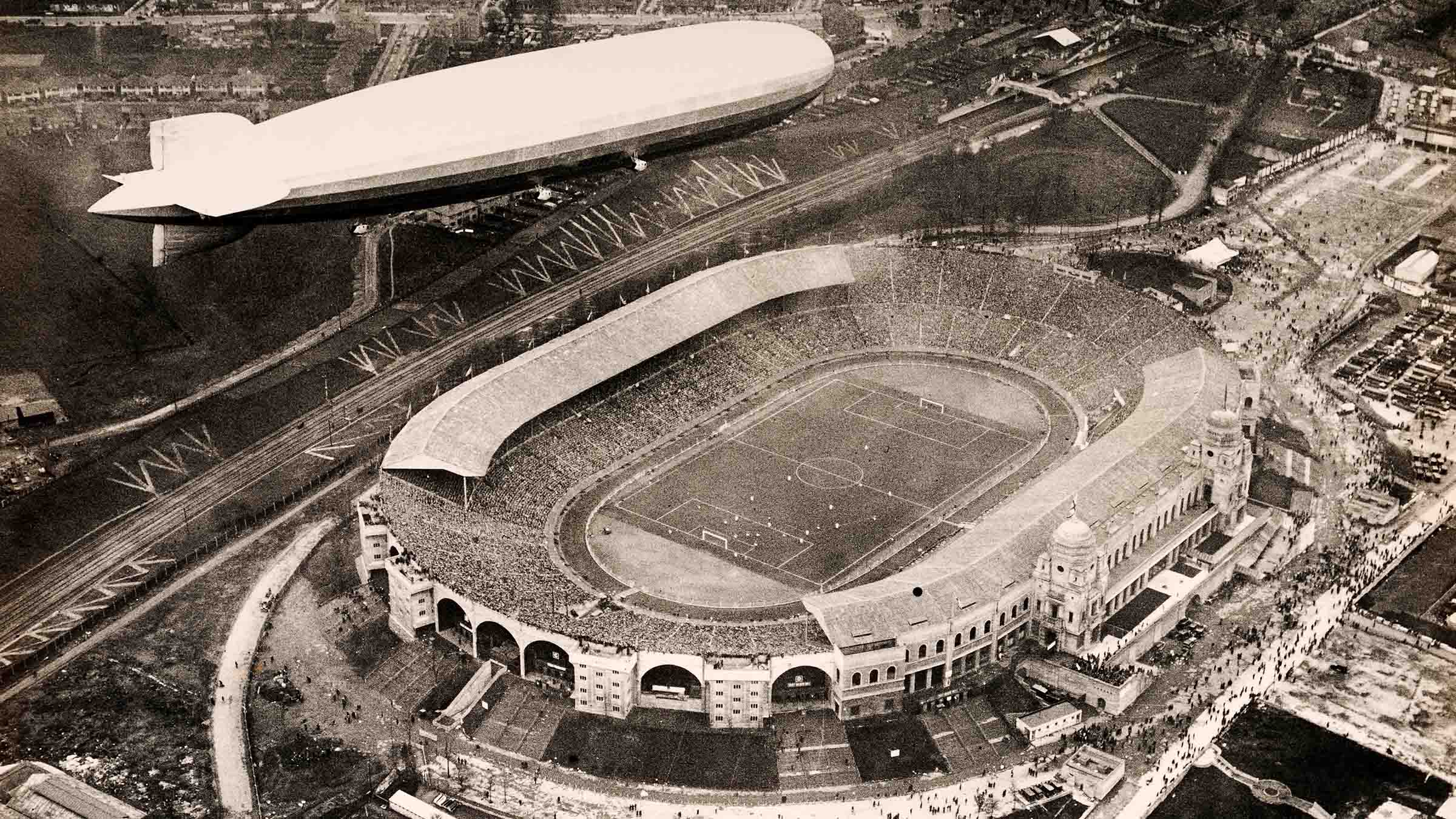 It was unsurprising that the crowd was alarmed by the appearance of this symbol of a resurgent Germany after World War I since it brought back memories of that conflict. Specifically it gave a reminder of airship bombing attacks on Great Yarmouth, Kings Lynn and London in January and May 1915. Zeppelin raids continued until 1917, but not before nearly 700 Londoners were killed and 2,000 injured.

But there was a Black Country connection to the marauding airships too, when 35 lives were lost in the area on 31st January 1916. In thick fog German pilots assumed that they were over their intended target, Merseyside, but they were in fact some 90 miles to the south, over Tipton, Wednesbury, Bilston and Walsall. I will not provide any further detail on the tragedy other than to direct readers to Ian Bott’s fine book, ‘The Midlands Zeppelin Outrage’.

Of course, there is another Black Country and Wolves connection, in the shape of club vice-president Robert Plant and his band, Led Zeppelin. The cover of their debut album, Led Zeppelin 1, issued on 12th January 1969, commemorates the LZ 129 Hindenburg airship accident that took place on 6th May 1937 in New Jersey, USA. The passenger craft caught fire and was destroyed during its mooring mast, killing 35 of the 97 on board and another on the ground. The disaster brought to an end the airship era.

Forgive me readers, I hope that you have found my ramblings interesting but some may have thought that I have droned on for too long.