League Cup-winning Wolves forward Mel Eves is hoping to make a difference to the lives of Wolverhampton’s ex-offenders as part of his new role with TKO and Shaw Trust, helping those with a chequered past to build a healthier, more stable and fulfilling life.

Eves, a fully qualified performance specialist, is using the skills he has developed in helping people from the world of sport and business into rehabilitating those with a criminal background.

In a project part funded by the European Social Fund, the former old gold striker has spent the last six months as a justice mentor, delivering sport courses and also hosting seminars, talks and workshops to promote healthy lifestyles and greater self-esteem.

Based out of the old Boot Factory in Cleveland Road, opposite the new YMCA building, the CFO Activity Hub is one of three operating in the West Midlands, alongside bases in Birmingham and Stoke, and is available to anyone unemployed and over the age of 18 who is serving a current community sentence or under supervision on licence.

“I was asked by Richie Ellison of TKO (Training, Knowledge and Opportunities) if I would like to be involved around March last year and having come and had a look at the building and saw exactly what everyone was trying to do here, I was only too happy to say yes.

“Everyone who works here is absolutely brilliant and we all really want to help the ex-offenders to turn their lives around.

“I’m involved with the sport element of the project, where I arrange for the participants to get the chance to play football, cricket, boxing – whatever sport they enjoy or want to try really.

“There are plenty of great facilities around Wolverhampton which we make use of, whether it’s the University Sports Centre or the Wolverhampton Boxing Club, and we’ve even arranged a tour of Molineux with Wolves historian Pat Quirke.” 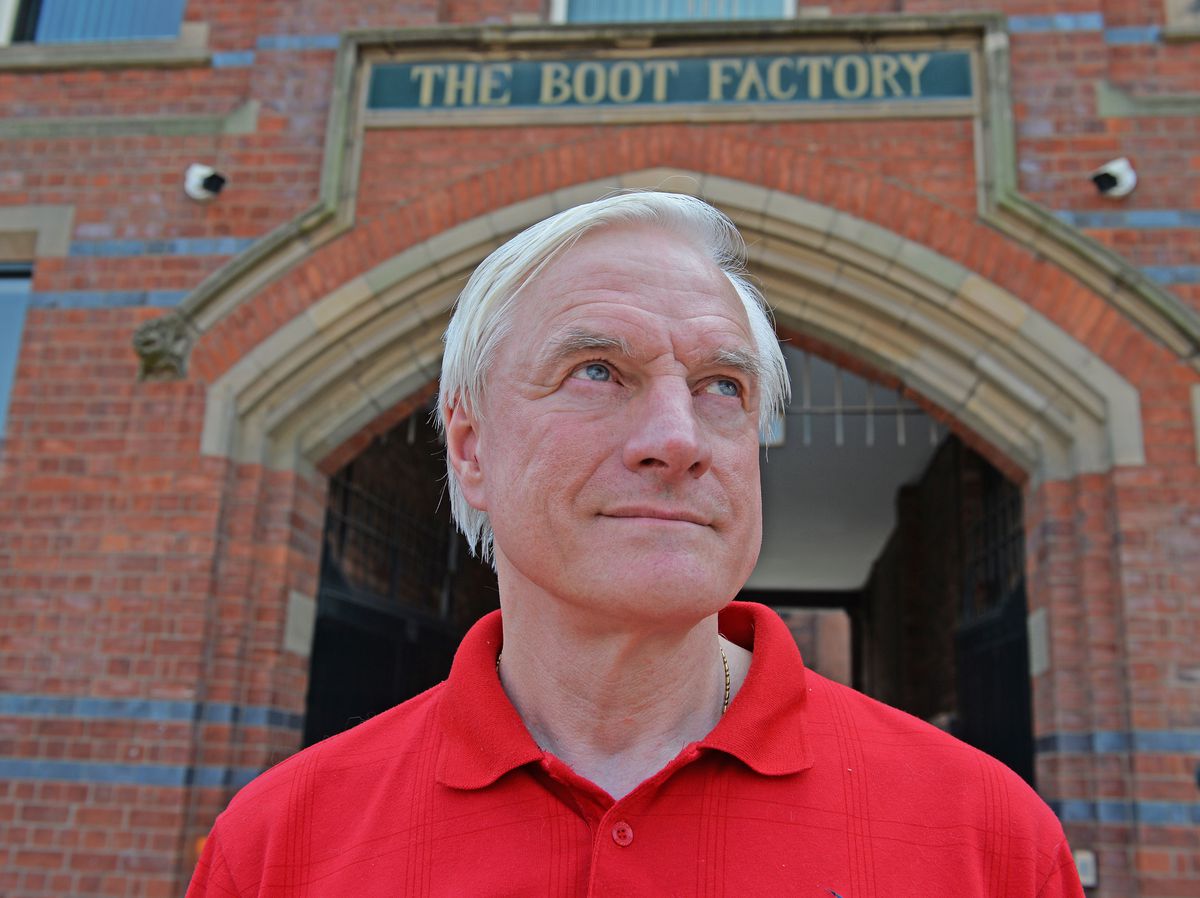 Darlaston-born Eves made more than 200 appearances in gold and black, having stood on the Molineux terraces as a child to support his boyhood club, where he played a key role in the 1980 League Cup title as well as being the last player to score for Wolves in European competition before the 2019/20 Europa League campaign.

After retiring, injury brought the hometown hero to an early retirement in 1989, Eves worked as an independent financial advisor and football agent before concentrating on performance coaching, where he specialised in self-esteem and self-empowerment, which has been a useful tool in his new role.

Eves explained: “We’ve had participants who arrive with their heads down, understandably withdrawn and defensive. They are usually anxious and concerned about how they are perceived and labelled by society in general. They are naturally a little nervous.”

“But once you find out what the person is really like and find something they enjoy and are good at, it gives them that confidence and positive self-esteem and you soon see the change in their personality as they come out of their shell and are really responsive to the work we do.”

The Hub itself is nothing like many would expect, with the old Boot Factory transformed into a modern, colourful and calming atmosphere, where the participants are welcomed with a hot drink, as well as breakfast and lunch clubs, and a chance to spend time with people who understand what they are going through and the barriers they face.

As well as Eves’ support with sport and mental health and wellbeing, the Activity Hub also provides ex-offenders with art workshops, financial advisors, and staff who provide assistance with housing, addiction issues, access to health advice and employability specialists, who help participants in completing online job searches and applications and even holding practice interviews.

“Everything we do here is voluntary, so no-one is forced to come if they don’t want to.” Eves added. “But we’ve tried to create a safe space where everyone is welcome and those who want to be here can do everything at their own pace.

“It’s somewhere ex-offenders can come where they know they won’t be judged, they can get whatever support they want and decide which activities they want to take part in. But most of all, it gives many of our participants a reason to get out of bed in the morning.

“We’re still in the early stages of the CFO Activity Hub project, but I believe this is one of the best-kept secrets in Wolverhampton because the facilities are amazing. Our aim now is to get the word out about where we are and what we do, so we can begin to help even more people get their lives back on track.”

Photographs courtesy of the Express & Star